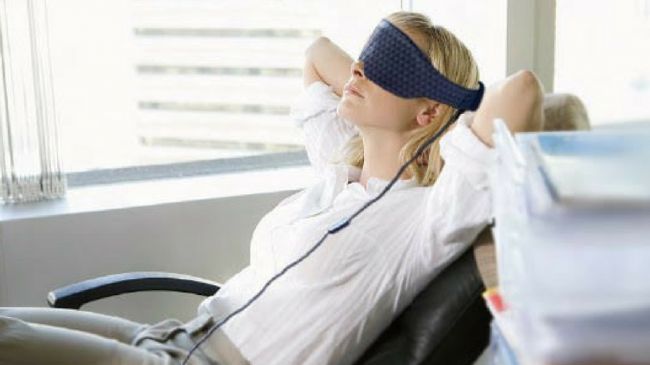 The tech of your dreams

With the big brands unveiling mostly mid-range phones and laptops at IFA 2018 in Berlin, along with some 8K TVs that were eye-catching but which aren’t yet widely available, and which will be extremely expensive when they do arrive, the really interesting products were being shown off by the army of engineers, designers and innovators in IFA’s NEXT halls. Here’s our pick of this year’s most interesting new tech and gadgets, from the inspired to the downright odd.

“It’s a life companion for dogs,” says Thomas Samtmann, Co-founder and CEO at French start-up of Laika, a smart toy named after the first dog in space. “It allows a dog owner to interact with their dog from anywhere, so when they’re at work and the dog is alone all day long they can take control of Laika with their smartphone.”

Using the appCamToy of an owner can talk to their dog via Laika’s built-in speaker, get some face-time via a webcam, and even release a treat from the device. It also has an autonomous mode, won’t disturb the dog when it’s sleeping, and will send the owner a notification if the dog barks too much. There are plans for versions for cats, horses even zoo animals. It’s on IndieGoGo now.

This bean-shaped Somnox Sleep Robot is about the size of a small cushion, and pulses as it mimics soft breathing and emits soft music to help you get to sleep. “It’s a sleep robot that helps you get to sleep faster, but also sleep longer,” says Julian Jagtenburg, a robotics engineer and Founder of Somnox.

The sensation of feeling with one hand the falling and rising of a breathing robot is odd indeed, but the soft sounds of falling rain/ambient music/the purring of a cat give the robot an unquestionably calming influence, while its sensors enable it to switch off the moment you fall asleep. The battery lasts for just one night, so has to be recharged during the day. It goes on sale in October for £499, which is about $640 or AU$890.

As any parent of a young child knows, things can often get a little , but as well as overdue diaper changes there are just as many false alarms when clean diapers are wasted. Cue the SmartDiaper, a sensor on silicon tape that takes away the guesswork by measuring the humidity and temperature inside the nappy and, when the data (suddenly) changes, sends a notification to the parent’s smartphone. The app can monitor up to five babies simultaneously (sorry, owners of sextuplets), and there’s proximity alarm that notifies you if the OPro9 and its wearer move out of distance from your smartphone.

Why wear a Fitbit when you could sleep in some ridiculous-looking headgear? Designed partly in response to research showing that 40% of people between of 25 and 54 have less than the recommended seven hours sleep , a soft-touch, lightweight headband with two sensors. The delta waves of the deep sleep phase, with Smart Sleep then amplifying them to intensify deep sleep, and also minutely recording sleep phases.

“Unlike other sleep trackers that only monitor a user’s sleep pattern, SmartSleep can actively help people sleep more restoratively,” said Clemens Drechsler, Marketing Manager for Healthy Sleep Solutions at Philips. The headgear is charged via USB, and links to a SleepMapper app via Wi-Fi and Bluetooth. It’s on sale now in the US for $400 (about £310, AU$550).

“Unlike other sleep trackers that only monitor a user’s sleep pattern, SmartSleep can actively help people sleep ,” said Clemens Drechsler, Marketing Manager for Healthy Sleep Solutions at Philips. The headgear is charged via and a SleepMapper app via Wi-Fi and Bluetooth. It’s on sale now in the US for $400 (about £310, AU$550).

Put graphene on your eyes? We know it’s a wonder material, but really? Sleepace, a ‘smart sleep solution provider’ from Shenzhen, China, has created a Lycra eye mask that uses a layer of highly conductive graphene to allow the material in the mask to heat up in three seconds, and reach 38°C in 10 seconds; it’s designed to relax the muscles around your eyes that get strained by too much staring at screens. Sweaty eyes? Not a bit of it; it has three temperature modes, and the heating function pauses automatically every 60 minutes in case of ‘irregularities’ (cooked eyes, presumably).

ABOUT US
VietnamICT is your news, entertainment, music fashion website. We provide you with the latest breaking news and videos straight from the entertainment industry.
Contact us: atsoft@atsoft.info
FOLLOW US
© 2000-2021 AtSoft All Rights Reserved
Translate »
MORE STORIES